On 15 February 1991, an alliance was established between Czechoslovakia, Poland and Hungary. The name of the Group and the place of the first meeting were chosen with reference to the 1335 Congress of Visegrád, an important summit   of the Bohemian (Czech), Polish, and Hungarian rulers held in Visegrád,  where they agreed to co-operate in many areas, especially trade, which at the time was a uniquely modern approach to reconciling interests. This new alliance also aims to strengthen the position of the participating countries through cooperation in order to leave the past behind, build a new market economy and support each other in joining a united Europe.

After the dissolution of Czechoslovakia in 1993, the Czech Republic and Slovakia became independent members of the group, thus increasing the number of members from three to four. All four members of the Visegrád Group joined the European Union on 1 May 2004.

The basic principles of Visegrád have not changed during its three decades of existence, however our cooperation today is deeper, broader and involves more stakeholders than ever before. Visegrád remains to be informal, flexible, and complementary to our national interests. We always focus on those areas of cooperation where we can agree. We respect each other’s views, even if they differ.

As a result, while Central Europe has become stronger economically, since its foundation in 1991 the V4 has also grown into an important political player.. We are more visible globally and more effective in influencing European decision-making, if we stand united.

Visegrad Cooperation, in itself, is a value in the eyes of our citizens – opinion polls show that awareness about, and support to the V4 has grown significantly. Our citizens understand each other well, and we actively work on bringing our societies even closer. This is the mission of our successful joint institution, the Visegrad Fund, founded in 2000.

The long-term consequences of our unwanted communist heritage represent economic and social challenges still today, in all Visegrad countries. This is also a strong basis for cooperation, as we jointly look for solutions to overcome this burden, and build competitive, innovative and resilient societies and economies.

The V4 message is clear: we work for a strong and efficient European Union, and to preserve its unity and competitiveness, highlighting the need for mutual respect and consensus, institutional balance, a comprehensive approach to migration, and supporting EU enlargement.

In these difficult times, the main task of the Visegrad Group and thus the sixth Hungarian V4 Presidency is to recharge our cooperation to contribute to the security and stability of our region and Europe, as well as to post-pandemic economic and social reopening and recovery.

Before the pandemic, the V4 region constituted the growth engine of Europe. Our countries have been able to maintain the relative stability of their national budgets even during COVID, which, along with the proper management of sovereign debt, has contributed to maintaining financial stability. The recent economic prognoses once again show an above EU-average GDP growth in the V4 countries for the next two years (2022 - EU av.: +4,4%; V4 av.: +5,1%).

The V4 countries are strong advocates of the enlargement of the European Union because we believe that the European integration process is incomplete without the Western Balkans joining the EU. Our presidency will strive for keeping the issue high on the EU agenda, thus contributing to a safe and stable future of our continent. We are also supportive of the continuation of the dialogue between Turkey and the European Union and are searching for possible areas of cooperation between the V4 and Turkey.

I would like to take this opportunity to than  the excellent work of the Polish V4 Presidency, despite the difficult circumstances of the pandemic period.  With their guidance, we have celebrated the 30th anniversary of V4 by strengthening cooperation, issuing common positions on a number of issues and supporting each other to combat the epidemic.

Here in Istanbul, V4 cooperation is strengthened by friendship and the good working relationship of our missions . Close cooperation in Turkey's largest city also shows the strength, past, present and future of V4. Our joint events, exhibitions and festivals successfully present our countries and regions. The Hungarian Cultural Institute in Istanbul is happy to host V4 events and programs.

I do hope that in the future, once the pandemicsituation permits, our meetings will become regular at joint exhibitions, festivals and conferences, where we will be able to introduce ourselves to our Turkish friends. 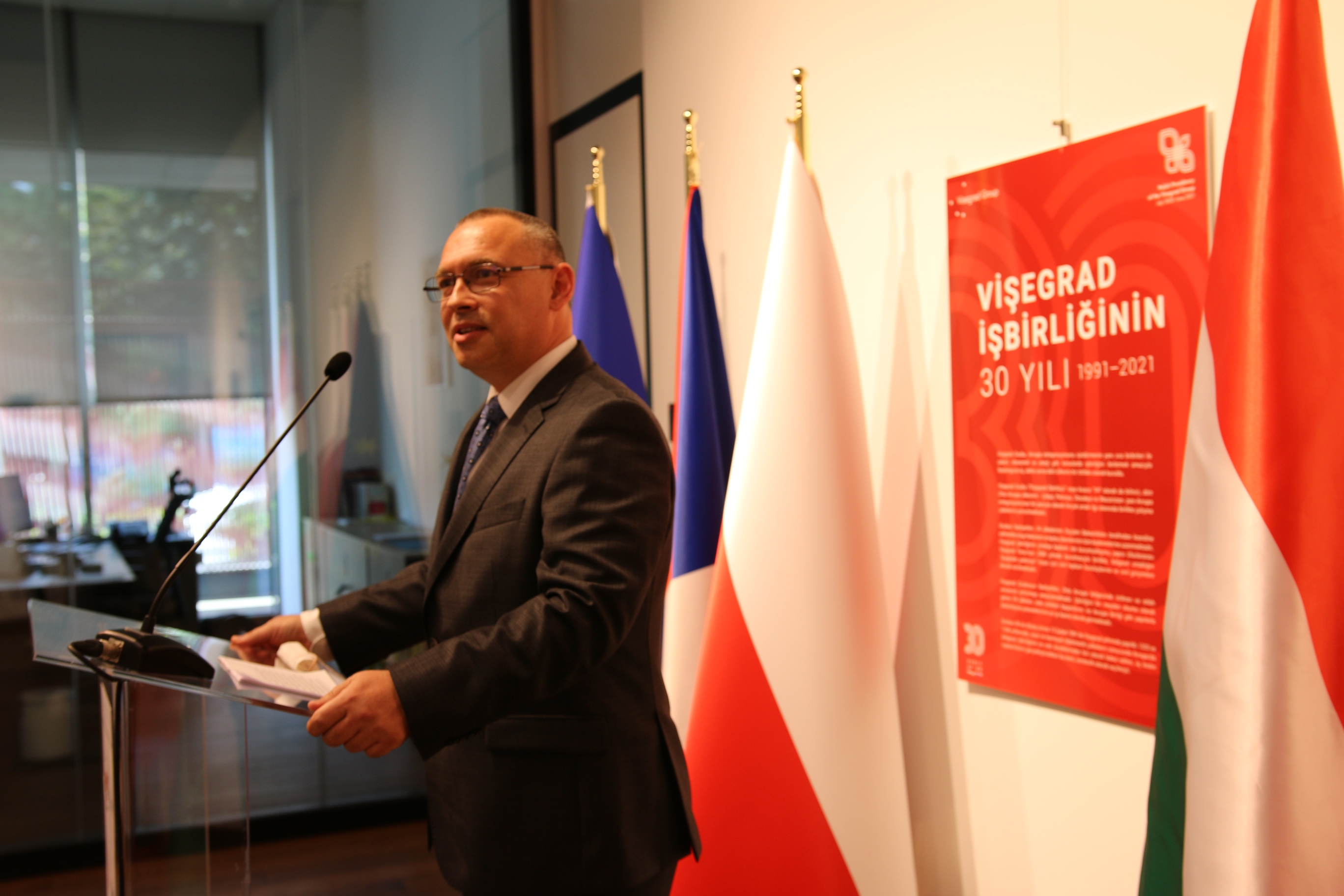 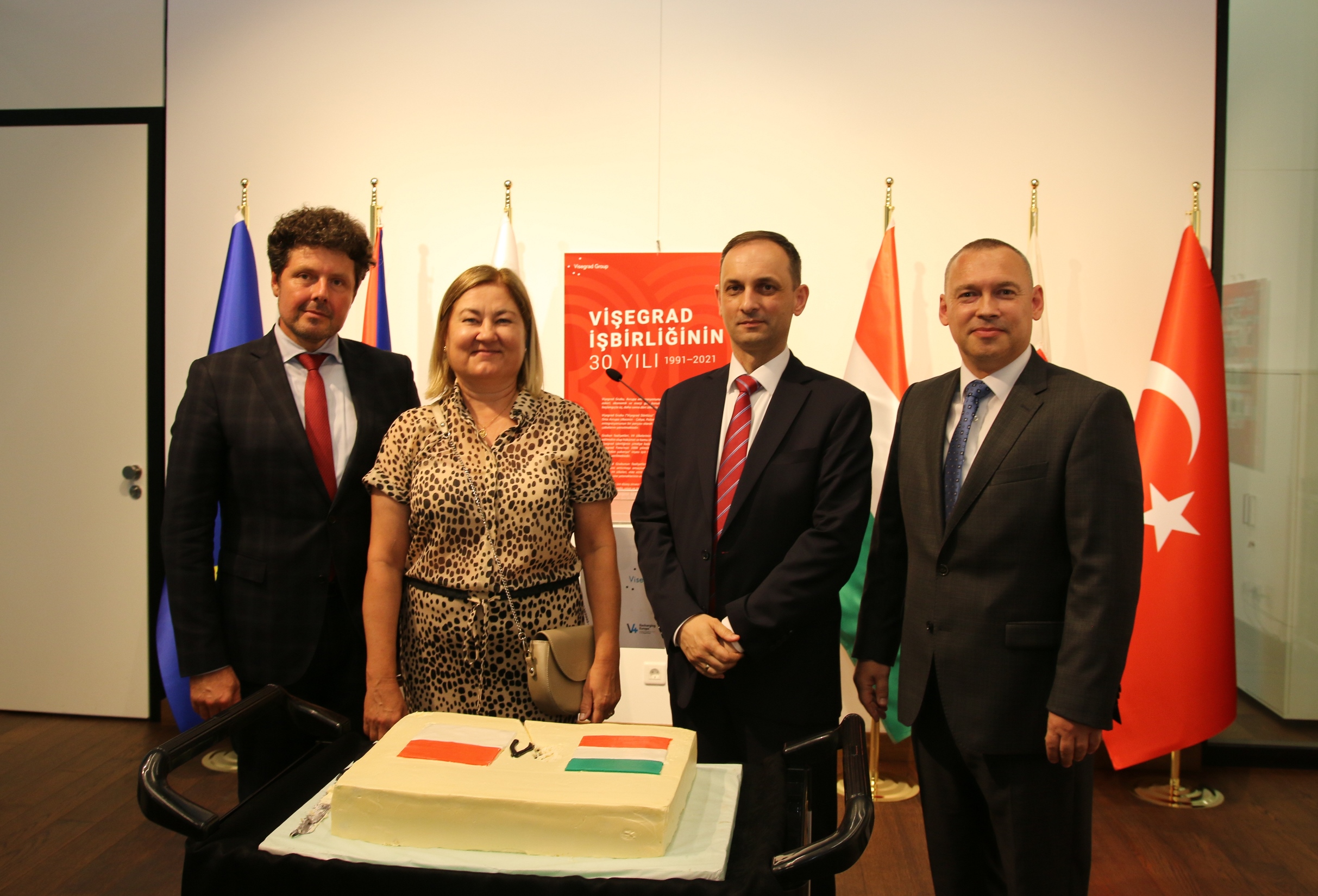